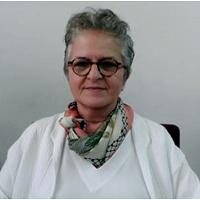 Professor Sofia Stamataki holds a Diploma in Mining Engineering and Metallurgy from National Technical University of Athens-NTUA (1979) and a PhD in Petroleum Engineering from Heriot-Watt University, Edinburgh U.K.(1986).

Since 1988 she has been member of the academic staff of Mining Engineering Department (NTUA) and in 2002 was elected Professor of Reservoir Engineering and Oil Well Technology. She has been teaching undergraduate and postgraduate courses in the areas of oil well technology, petroleum engineering and geothermal fields engineering and has supervised more than 70 Diploma Theses and 7 PhDs.

Professor Stamataki has served as Director of Mining Division for 6 years and School Chairman for 4 years. She also holds the position of the Director of the Laboratory of Hydrocarbons’ Exploitation & Applied Geophysics.

She has established several co-operations with universities and research centers and has been involved to and/or supervised more than 20 research projects funded by EU, National Organizations and Private Sector, most of them related to oil and gas engineering.

She is an author of more than 100 publications in scientific journals and invited speaker at a number of institutions and international conferences.

She also has served as Chairman and CEO of the Hellenic Hydrocarbon Resources Management Company of Greece –EDEY S.A.